Satellite internet service is getting better thanks to the innovations at SpaceX. A constellation of satellites can offer internet connections to the places unable to be serviced by ground services like DSL and cable. People in rural areas can now access the internet to check emails, post to their social networks, and send photos and videos to their friends and family with little to no latency. What does it mean for people in larger cities that currently have satellite internet service through Viasat or HushesNet?

What in the world is Starlink?

Starlink is a satellite internet constellation operated by SpaceX providing satellite Internet access to areas that are unable to receive it otherwise. Starlink has multiple small satellites in low Earth orbit (known as a constellation), transmitting signals to more than 14 countries, in cities and rural areas. Starlink aims to be a global satellite internet provider by offering faster speeds, lower instances of latency, and increased availability.

How does Starlink work?

Starlink engineers have built satellites that use lasers to communicate directly with each other. The connection is much faster and communication takes mere seconds, which is faster than connecting to nearby ground stations by fiber optic cables. Each satellite internet constellation currently communicates with ground stations called gateways. Starlink satellite Internet access is still in the beta testing phase, so a lot of things will change as this testing comes to an end. 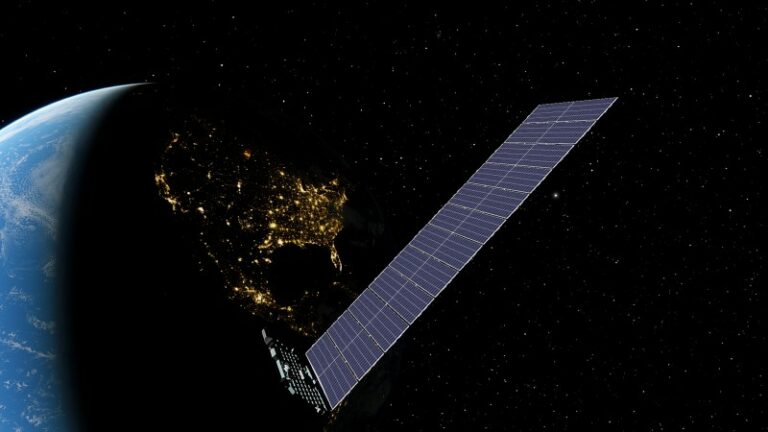 These satellites send information back to the gateways faster than ground signals so people can surf the internet faster and easier, even in isolated areas without traditional internet. This communication takes only seconds to occur, meaning that web pages load faster, and gaming has no occurrences of latency or slowed performance.

Current satellite internet works using satellites that orbit 22,236 miles (35,786 km) away from the Earth. At that distance, there are significant time delays in sending and receiving data. Since Starlink’s satellites are lower in orbit and meant to carry large amounts of information, they are able to reach any point on Earth, even in extremely hard-to-reach places where fiber-optic cables aren’t an option.

Starlink’s technology is capable of providing a ‘gigabit’ internet speed, which is almost 2000 times faster than that provided by traditional satellite internet providers. This is great, because it means you can download so many higher resolution videos, play games, and be able to send a whole new range of picture or video files to the people you love. The technology can also work in conjunction with other types of satellite internet like satellite TV.

For consumers seeking internet service in parts of the world where cable internet service is too slow or nonexistent, Starlink offers an alternative. Most areas without accessible internet are left with no options other than slow dial-up service. The internet uses the phone line and limits the user to only one service at a time, so if you’re using the internet, you can’t receive any incoming calls and vice versa. Loading times are very slow at 56Kbps, taking several minutes to load a web page. Downloading files can take between 10 and 15 minutes, and watching videos is impossible.

How fast is Starlink’s internet?

Starlink broadband internet speeds are better than most fiber optic cables, at 50 – 150 mbps. And they are even faster in countries outside the U.S. Starlink beta service is currently being used in Australia, Canada, France, Germany, Great Britain, the Netherlands, and the United States.

In North America, the average is 97.2 Mbps (or 114.1 Mbps). That’s pretty fast for an internet signal that has to travel several hundred miles into space and back. And they plan to get faster in the next 3 months when SpaceX has 12,000 satellites up and running in orbit.

Starlink’s download speed easily beat the country-wide average for fixed broadband at 139.39 Mbps. Starlink’s upload speed was a little slower in some areas, but still good (29.35 Mbps vs. 52.56 Mbps), and latency was higher (53 ms vs. 13 ms). Speeds in Canada (86.92 Mbps vs. 84.24 Mbps) were comparable to the U.S., making Starlink a viable alternative to fixed broadband in Canada.

How much does Starlink internet cost?

Starlink’s beta service is priced at $99 per month. There is also a $499 upfront cost to cover the Starlink Satellite Internet installer kit, including all the hardware, such as a small satellite dish, a router, power supply, and mounting tripod. When a customer orders satellite internet service, they will get professional Starlink home installation and setup.

In comparison, Viasat prices start at $49.99 (after introductory discount) for 12 GB of data at 12 Mbps download speed, and 3 Mbps upload speeds. The maximum is $79.99 for 50 Gb of data per month at the same speeds.They have 3 package options; 12 GB, 25 GB and 50GB. The upload and download speeds on all packages are the same.

HughesNet starts at $49 for a total of 35 GB, with the highest package being $179.99 for 100 GB of data per month. Data is categorized as Daytime which is available from 8 am to 6 pm, and Anytime which is additional. Customers can use their day time data and if they run out, their anytime data can be drawn from. If you run out of data completely, your speed will be reduced, and you can buy extra data called “tokens” to bring it back up until your next cycle.

Comparing these three, it’s easy to see why Starlink is the better choice. You pay one price for unlimited internet with faster-than-average speeds. No outages, no data limits, and no extra charges.

Customers of HughesNet and Viasat frequently complain about running out of data and the excessive charges they impose.The service is often unavailable, leaving users without internet for several hours during storms or periods of high clouds.

Why do people want Starlink from SpaceX?

Starlink is specifically well- suited for areas of the world where connectivity has typically been a challenge. Starlink can deliver high-speed broadband internet to locations where access has been completely unavailable with traditional ground infrastructure.

In rural areas, internet service is practically non-existent, unless you have a satellite service. Current satellite internet service providers like Viasat and HughesNet promise better service than they can typically provide in rural areas. With Viasat, the advertised speeds are not available, and the service goes down with no explanation. It may be out for several hours at a time. You pay too much for so much downtime with no reimbursement.

HughesNet has its own set of problems when it comes to service. Their speeds are terribly slow, which means you cannot expect to be gaming or connecting too many devices to it. Their packages are overpriced, come with data caps, and it’s just not worth the hassle. Some customers are paying almost $100 per month for 30GB per month.

The sad thing is that in some areas, that is all that is available to people who want internet service. They’re stuck with slow dial-up (almost unheard of anymore) service or DSL or Cable. There is a world of difference between 56 Kbps, 7 Mbps, and 150 Mbps. It’s like night and day. Click a button and instantly load a webpage, send an email in seconds, or download a video on your phone within minutes. There is just no comparison.

Even in areas that get DSL or Cable internet, the speeds available are less than stellar, with the same problems that come with transmitting a signal over long distances. You still have periods of latency, service outages, and slow loading times.

Starlink satellites occupy much lower orbits than traditional satellites — orbiting only 340 miles (550 kilometers) above the surface of the Earth. A benefit of this is that Starlink excels at things like video calls and online games, which is often a challenge with current space-based internet providers.

Starlink is expected to deliver higher-than-average speeds of up to one gigabit per second with no data caps. That’s more than enough data for households with multiple internet -capable devices. Faster speeds, better service, and no outages will put Starlink ahead of the competition, ensuring customers get the best user experience possible.